Winter is a cold, wet and sometimes sad season, which can seem very long. But soon enough, little by little, the days get longer, the sun feels warmer, and a few flowers even break through the earth to show their most beautiful petals to the world. These are well and truly signs that spring will soon return!

But something else does also mark the near return of beautiful sunny days. The sun shines and warms up the spirits so we decide to chase away winter depression once again: we dress up, we sing, we dance, we play pranks, in short: it is carnival time!

Celebrated all over the world from Rio to Venice, this popular festival has deeply marked the traditional life of cities and societies. This phenomenon already happened in the 18th century and has been the subject of the light-hearted writings of Jean-Pierre Claris de Florian, a French author and poet of that time.

In his texts, Claris de Florian evokes one of the most important elements of carnival: the Italian characters of the Comedia del’Arte. Indeed, to wear the “Harlequin costume” enables to have a lot of fun and play pranks without being recognised:

“One day on Shrove Tuesday I was at the window
Of a fowler of my friends,
When on the quay I saw appeared
A little nimble harlequin, well made, well dressed,
Who, with a bat in his hand and a light grace,
Was running after a mask in a shepherdess’ costume.”

The opportunity to meet up with some friends

Harlequin, Columbina, Pierrot, Punchinello, they are all characters that are familiar to us and linked to a specific period of the year. Facetious and comical, these characters are famous for their bright and colourful costumes. Like the colourful flowers blooming in spring in a field, these clothes reflect the joyfulness of these characters.

These Italian characters have also strongly influenced one of the most beautiful carnivals in the world, the Venice carnival. This carnival is well-known for the beauty of the participants’ costumes, their sumptuous dresses, colourful elements, finely decorated domino masks, everybody puts on their best attire to celebrate that time of the year.

As spring is about to come back, all these characters return in a celebration of this festival by Théophile Gautier! Entitled « Variations sur le carnaval » (“Variations on the carnival”), a series of poems reminds of all these typical elements, and the short, precise verses, with their sustained rhythm, have a very special sound.

Variations on the carnival

Venice is dressing up for the ball.
All starry with glitter,
The colourful carnival
Sparkles, swarms and babbles.

This evocation of Harlequin and characters having fun is also a great reference at two paintings from the Musée des Beaux-Arts Saint-Loup that I appreciate particularly.

Antoine Watteau is famous for having popularised the “gallant ball” style, a moment of joy, music and laughter. L’aventurière » (“The adventurer”) and « L’enchanteur » (“The enchanter”) form a set of two small paintings on copper plates, and Harlequin can be seen in the background, enjoying the entertainment! I encourage you to have a look at this detail as soon as the museums reopen!

Moments of celebration and joy

Carnival is a great opportunity to celebrate, but it is also the time of the funfair, enjoyed both by children and adults! Everywhere around you, you can play duck fishing, eat candies, go on attractions, have fun! For a few days each year, the funfair is a great place to meet up and celebrate good times with friends.

At the beginning of the 20th century, Guillaume Apollinaire celebrated this event, recounting in a few verses a common scene of fair workers crossing the countryside, meeting everyone to give away joy and entertainment.

In the plain the balladeers
Move away along the gardens
Near the doors of grey inns
Through villages without churches.

And the children go ahead
The others follow dreaming
Each fruit tree resigns itself
When from afar they wave at him.

They wear round or square shapes
Drums, golden hoops

The bear and the monkey, wise animals
Beg for pennies as they pass by.

Thus, Apollinaire evokes the dream and free spirit of the children, who play freely and seize every opportunity to escape from everyday life.

Apollinaire also evokes an elsewhere, characters living on the road, whose passage is ephemeral. The carnival characters are there to bring a bit of joy, and remind everyone that the road is always open to set off on an adventure, as spring arrives with its moments of joy.

These characters share hope and let everybody know that better days are always in the horizon! 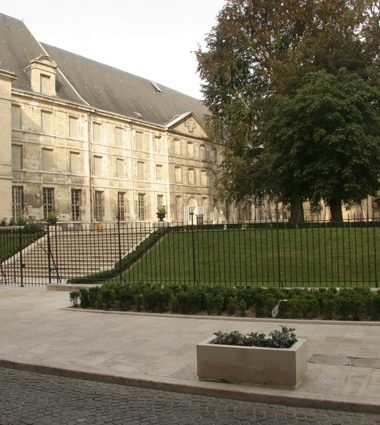 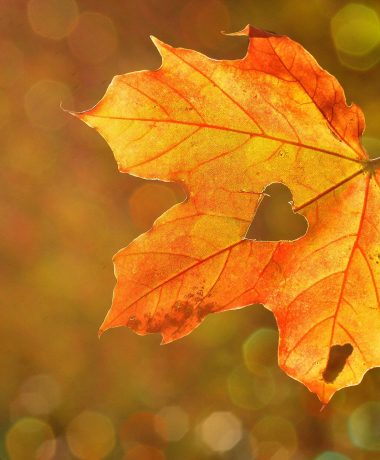